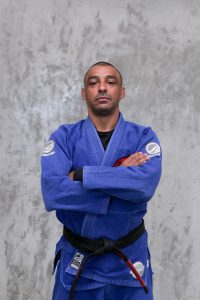 Lee Livingstone began his martial arts training in 1992, starting with Shotokan Karate, eventually obtaining the rank of 3rd Dan black belt and making the national kumite squad for the Karate Union of Great Britain. He then went on to study Muay Thai for more than 12 years, and like many others was introduced to BJJ white watching “No holds Barrred” fights in the early 90’s. A close friend invited him to train at a submission grappling club and after this introduction, Lee was hooked! Because of the lack of BJJ schools in the UK at that time, in 2002 he travelled to California to train BJJ. In 2011, Lee was promoted to level of black belt by Romero “Jacare” Cavalcanti, the head of Alliance Jiujitsu. Lee also began to compete in professional Mixed Martial Arts (MMA) bouts, racking up an impressive total MMA record of 9-1-0, winning 6 of his 10 bouts by submission. Lee was a team member and submission wrestling coach of Team Rough house based in Nottingham, which included fighters such as Dan Hardy, Paul “Semtex” Daley and Andre Winner; all went on to fight in the UFC.

Now retired from competition Lee devotes his time to coaching – whether it is MMA, BJJ or Muay thai, cornering fighters. For the last nine years, Lee has owned and managed Bushido MMA in Nottingham UK, a 450 m2 training center with a 22ft MMA cage, boxing ring, matted area and fitness area.

Lee is qualified to teach an array of disciplines, including BJJ, MMA, MuayThai, Wrestling, Boxing and Judo. Lee has trained top level MMA fighters who are signed to the biggest promotions in the sport – UFC, Strikeforce, Bellator, BAMMA, Cage Warriors, etc., and he still intensively coaches at a grass-roots level for fighters who are just starting out on their MMA journey. Wanting to improve his knowledge of the Strength & Conditioning, Lee has obtained a coaching qualification in Olympic lifting and a CrossFit Level 1 Trainer certification. 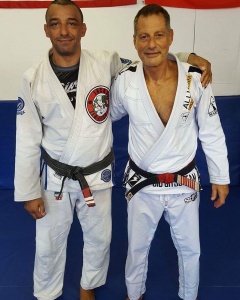 In June 2017, after 15 years training BJJ, 6 years as a black belt, Coach Lee was awarded his 2nd degree by Master Romero “Jacare” Cavalcanti making him one of the highest ranking BJJ Instructors in Bangkok.